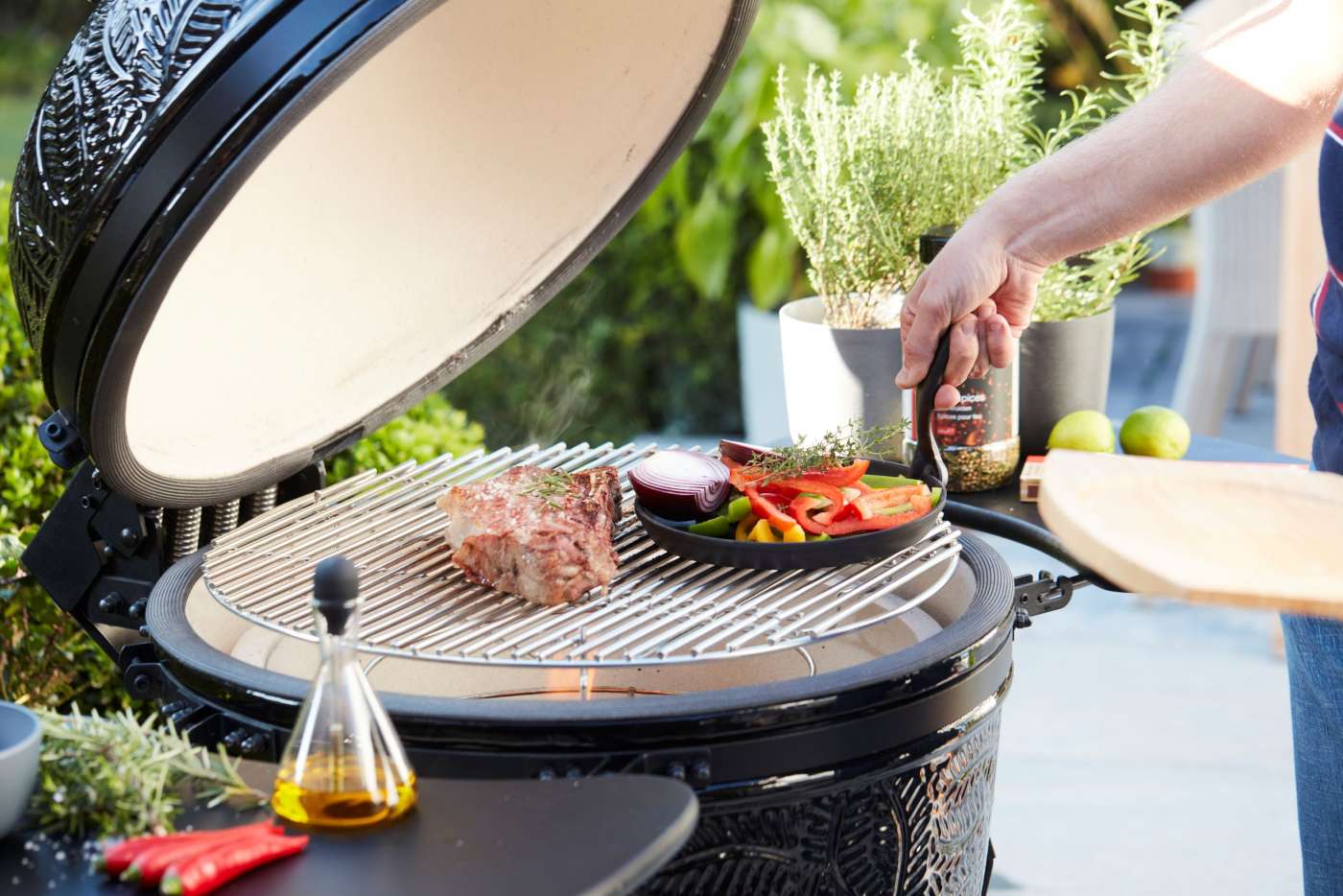 The start of the barbecue season goes with the launch of a brand new barbecue. And whát kind of barbecue! Grilling, cooking, smoking, stewing, you name it. This newcomer is a true jack of all trades! Will you soon be preparing a five-course menu without any effort? Relax, sit back & surrender completely to Barbecook's amazing Kamal kamado BBQ! 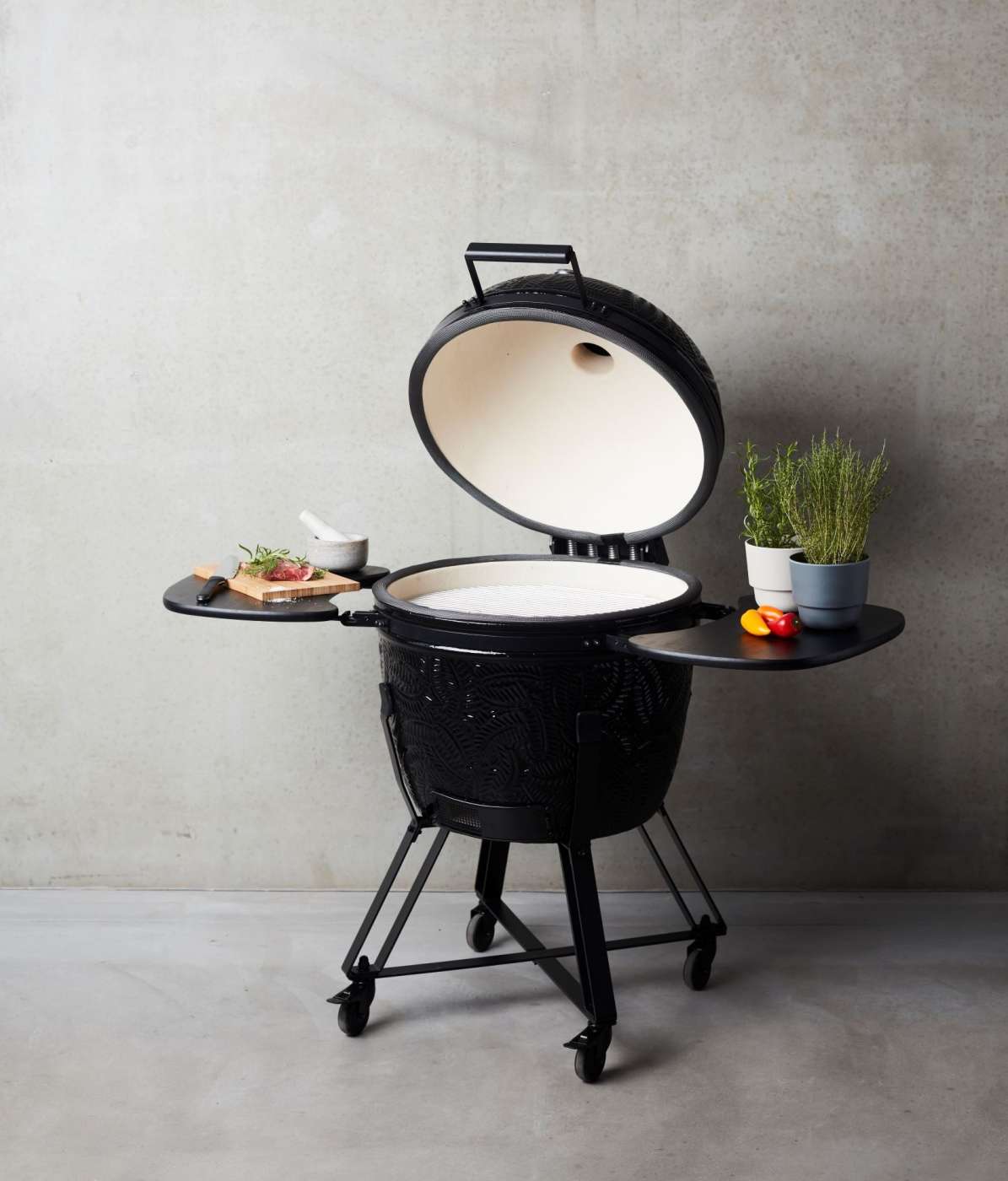 A kamado - literally translated: oven - is a ceramic egg BBQ with Japanese roots. The original mushikamado, which dates back to the early 20th century, was a round earthenware pot with a loose, dome-shaped lid. This magical pot was used in Japan to conjure up all sorts of delicacies. Over time, this cooking tool was transformed little by little, resulting in today's kamado, an ceramic egg BBQ that has conquered the world.

We remain in the Japanese mood, because did you already hear of "omakase"-dining? A trend that literally means "I leave it to you" and comes from Japan. No term could better describe barbecuing with the Kamal kamado grill, because you can rely for 200% on this type of BBQ: we leave the real work to Kamal and allow the chef behind the BBQ to have some fun with his or her company. Four pillars are therefore central: easy start, easy cook, easy upgrade and easy clean. Talk about an easy barbecue!

A good start is half the battle. Thanks to Kamal's four sturdy casters you can easily roll the kamado grill from its storage space to a safe, stable place on the patio. Simply lock the wheels, open the side tables and off we go for a fun afternoon/evening!

First things first: lighting your kamado BBQ. Fill the stainless steel charcoal basket for about ½ with charcoal and light it with three fire starters. The ceramic body around the basket (firepot) holds the heat perfectly and ensures that the flame is lit quickly. Let's go! 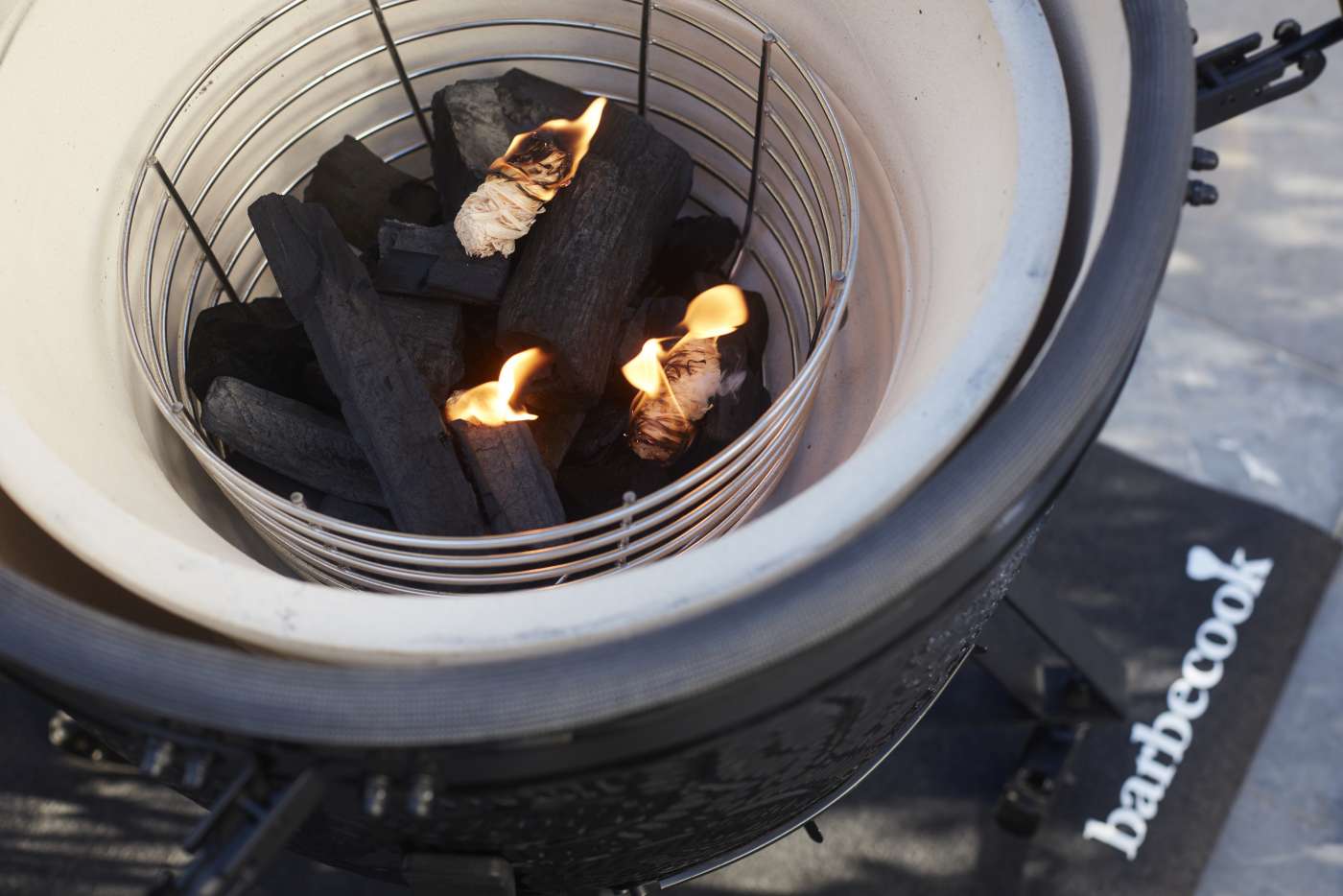 Once there’s a thin layer of grey ash on the coals, the barbecue party can really begin!

The Kamal kamado grill is made of ceramic based on mullite - an extremely strong, fire-resistant material that can withstand temperatures above 1000°C. You can easily adjust the temperature yourself by playing with the air supply via the bottom of the slider and top valve air release. Moreover, you keep perfect control by keeping a close eye on the thermometer on the lid. However, you can be sure of a very constant temperature inside your ceramic BBQ thanks to the air tight closure of the lid due to the flexible, durable wiremesh gasket and the four extremely solid stainless steel springs.

The Kamal is standard equipped with heat deflectors inside, consisting of two ceramic half circles, called plate setters. For indirect grilling, you leave both plate setters in place. They form a ceramic barrier so that the intense charcoal heat doesn’t come into direct contact with your food. When grilling directly, you remove one or both plate setters. On top of all this, you put the 6mm stainless steel grid in place, on which, finally, your preparation comes. Do you want to add some charcoal in between? No problem, through the coal hatch in your grid, you can easily pour a load of extra charcoal into the bowl. 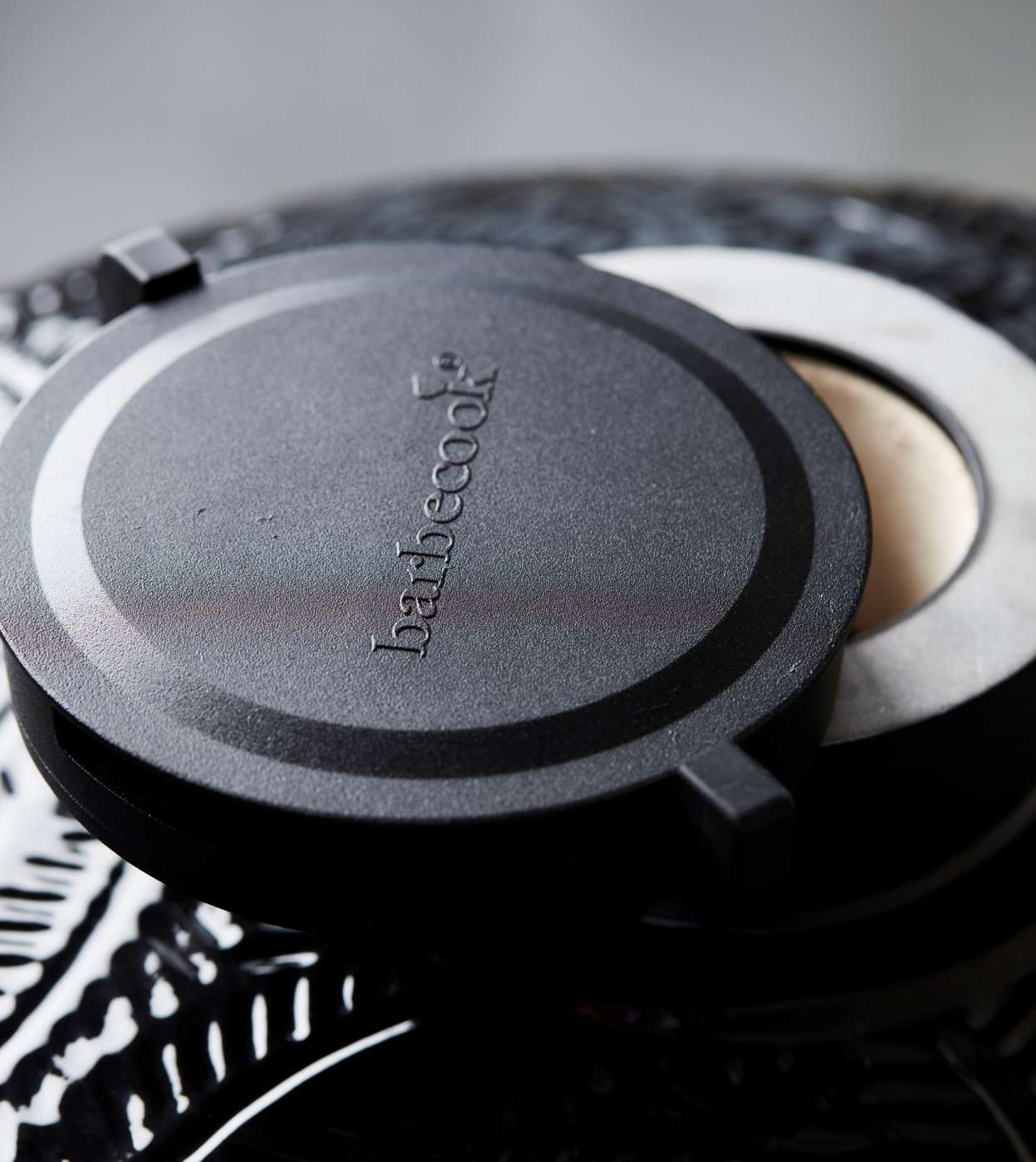 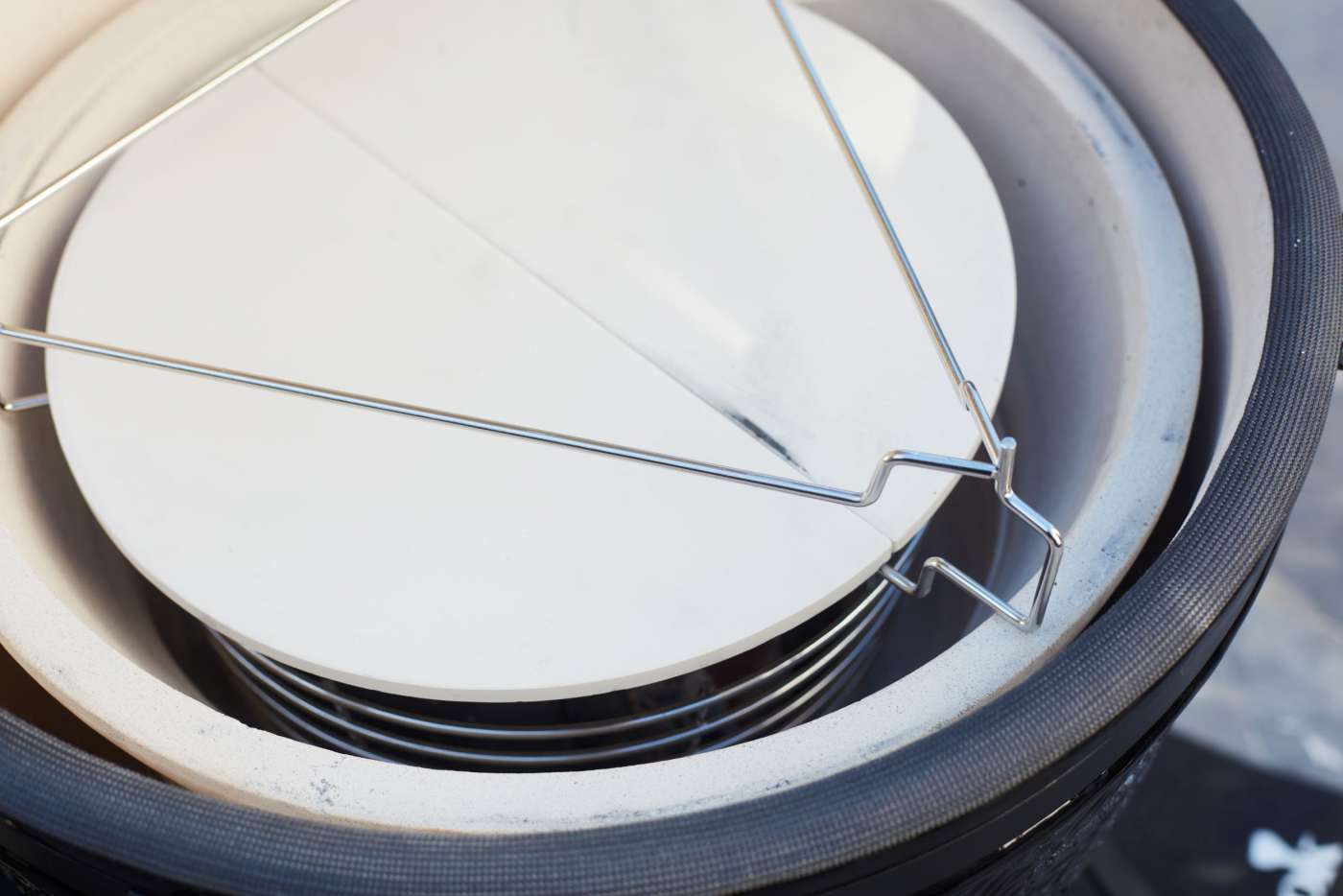 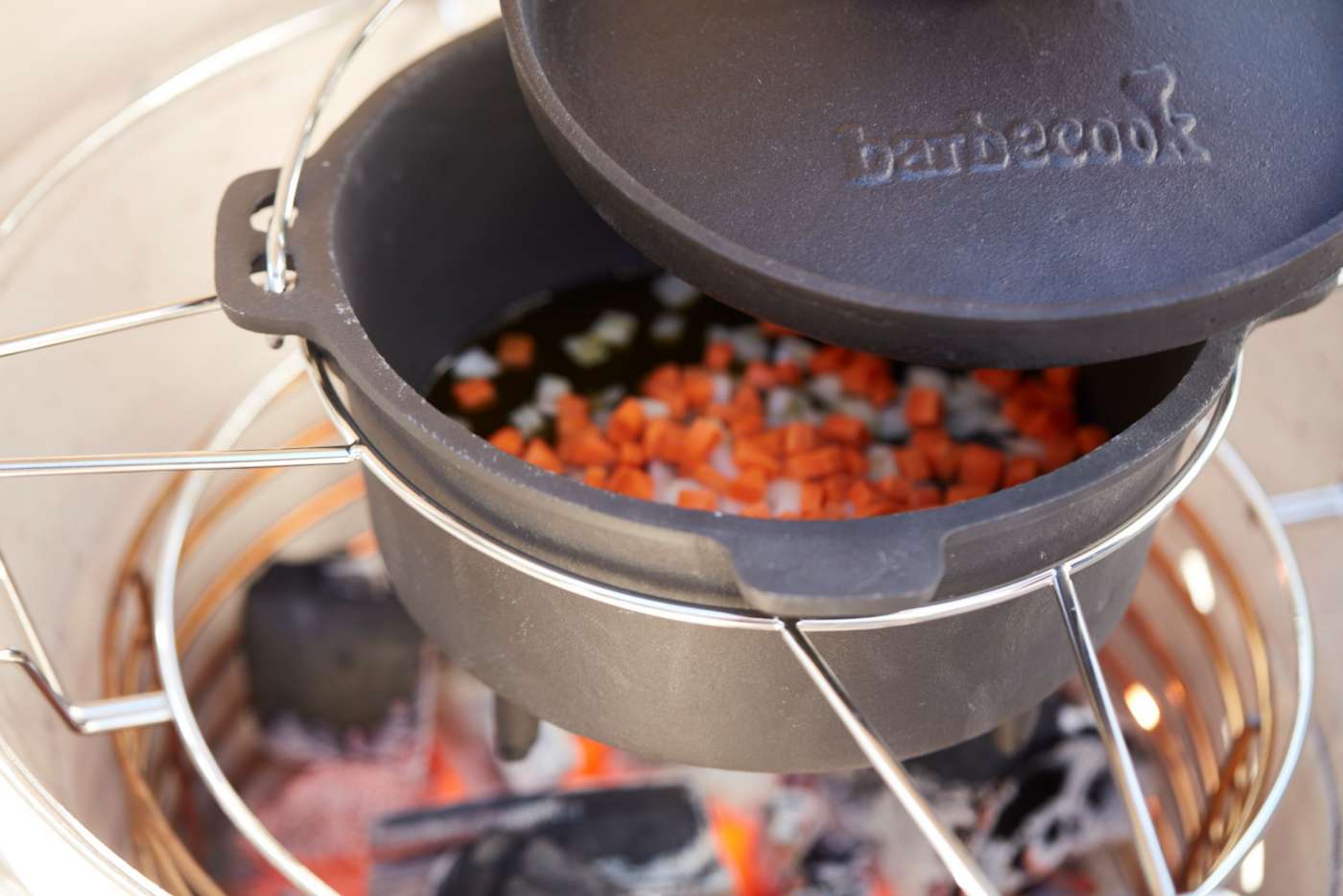 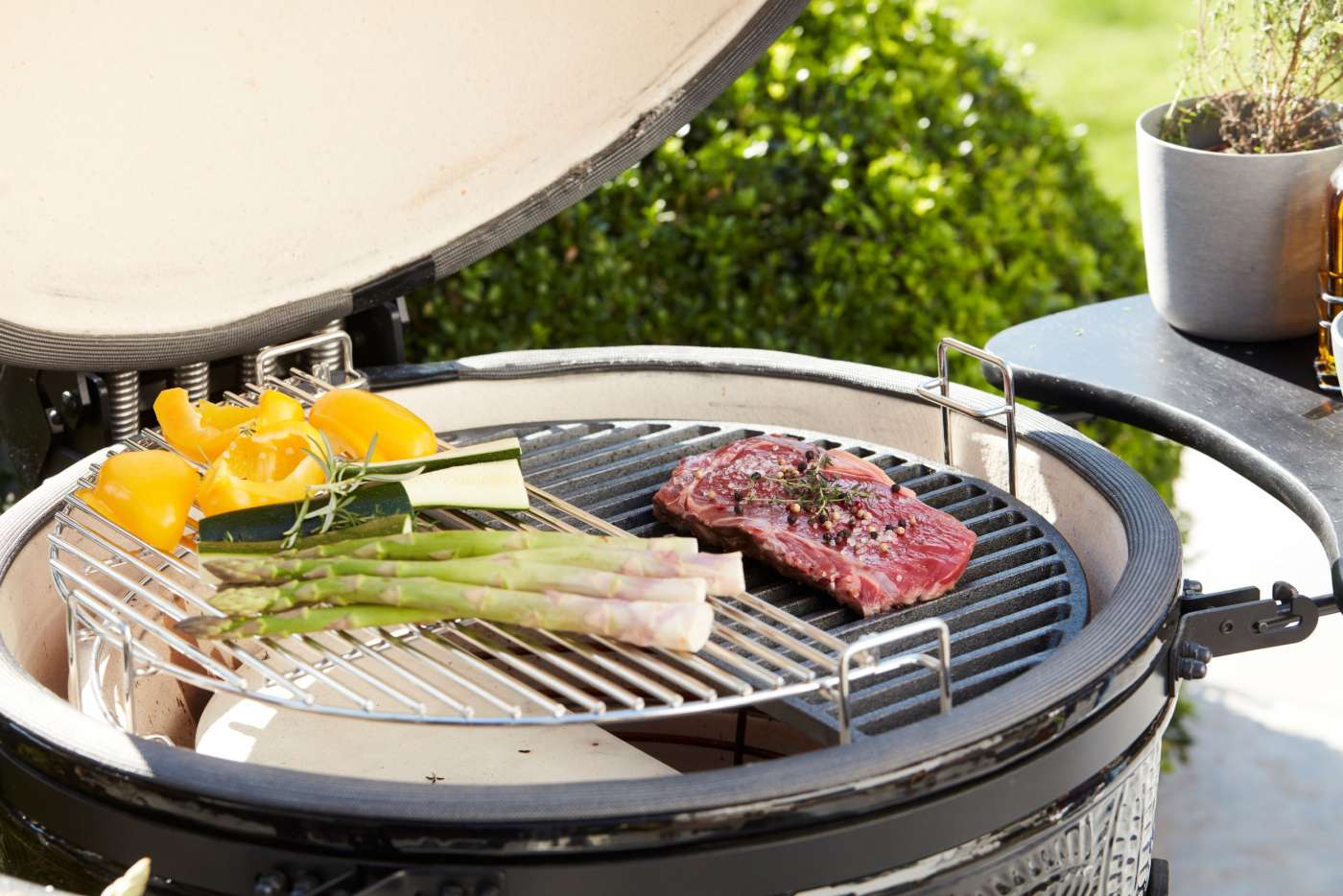 Those who thought that the Kamal kamado BBQ was made only for grilling meat, fish or vegetables are wrong. So much more can be done with this ceramic egg BBQ. First of all, there is the flexible cooking system with which you can place two half grids each at a different height and thus adjust your cooking technique according to the ingredients to be prepared. Besides stainless steel grids, you can even use (half) cast iron grids. Fancy a stew? No problem, simply attach Barbecook's special holder and simmer pot to your kamado BBQ and simmer away! Even baking pizzas, smoking ingredients or preparing a delicious beer-can-chicken, chef Kamal can do it all!

Even after the barbecue session, you hardly have to roll up your sleeves, because the ash from the coals ends up directly in the ash can and the stainless steel grid can go straight into the dishwasher. Clean the outside of your kamado grill with a damp cloth and then dry it thoroughly. You can fold the tables or unhook them very easily if desired. Finally, you pull the corresponding cover over your kamado BBQ and you're done! Chef Kamal has now well earned his rest! 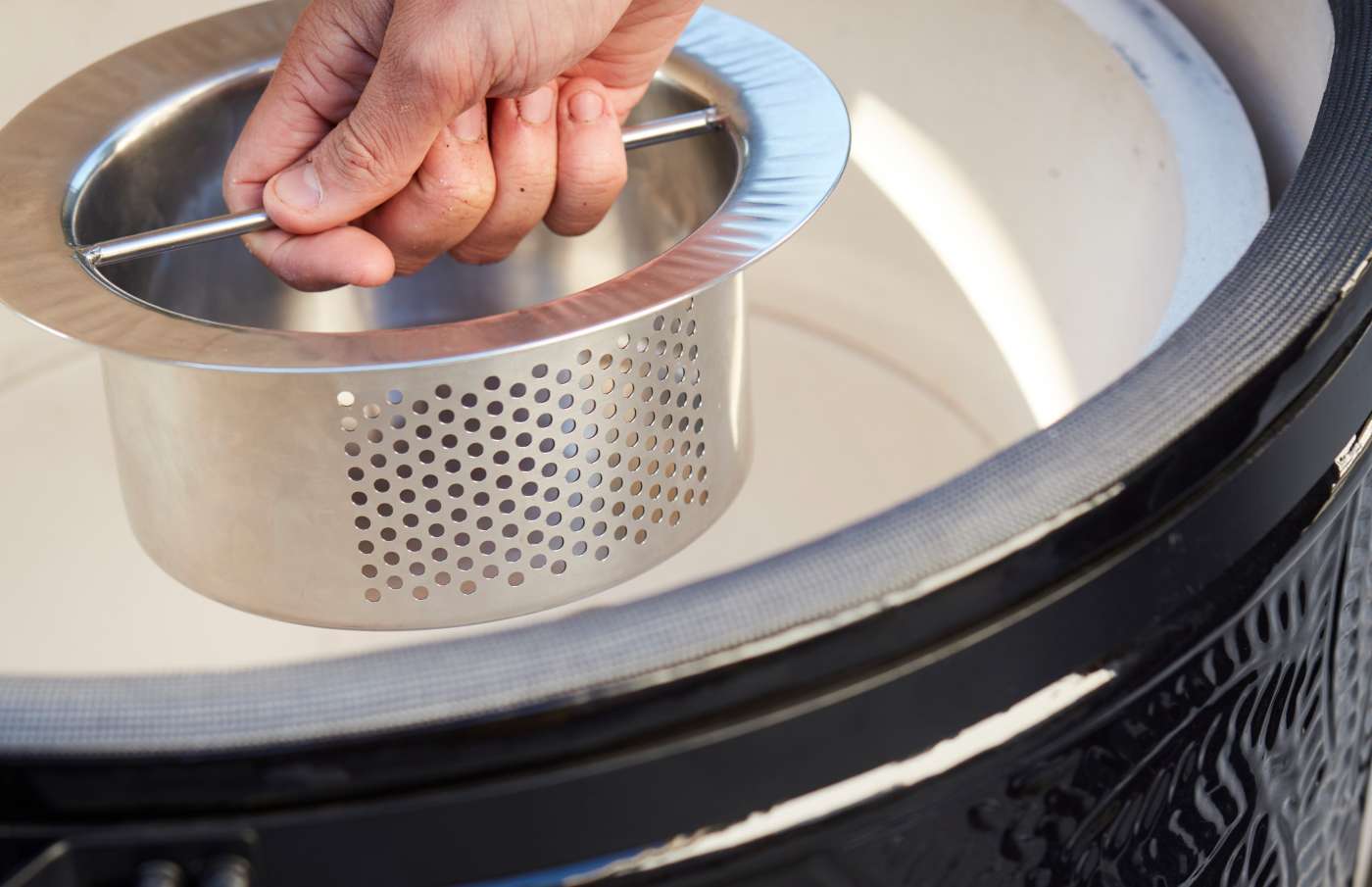 We noticed you are visiting our website from another country. Would you like to change your current language?